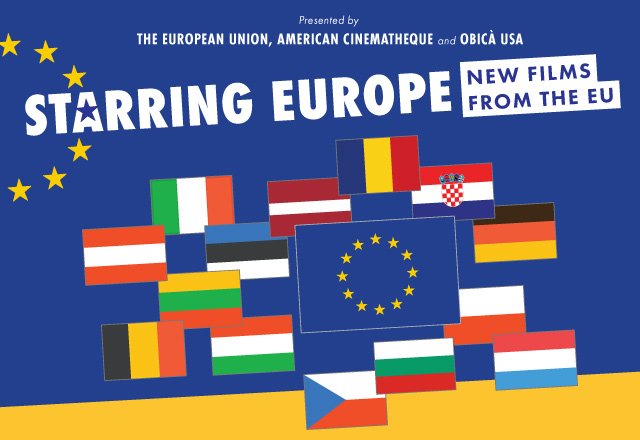 Created in the aftermath of World War II, the European Union is a unique economic and political partnership of 28 European countries that together cover much of the continent. What began as a purely economic union has evolved into an organization spanning policy areas and promoting cultural ties. Now in its fifth year, the EU Film Festival provides an opportunity for international cinema enthusiasts in Los Angeles to celebrate and discover contemporary films from across the European Union.

Spotlighting festival award winners from Austria, Belgium, Bulgaria, Croatia, Czech Republic, Estonia, Germany, Hungary, Italy, Latvia, Lithuania, Luxembourg, Poland and Romania, the short and feature films here embody the rich heritage and diversity of cinema from Europe. With talent from the films invited to speak at screenings and an opening-night reception, this is an ideal way for expats and Los Angeles residents alike to experience these European delicacies.

The Romanian night is going to be the closing night.

AT THE EGYPTIAN THEATRE

6:30 PM
Fashion Show – Attendance by Invite only
In celebration of the Independence Day of Romania in the Great Union Centennial year, the Consulate General of Romania in Los Angeles will host a cultural reception and a fashion show in the courtyard of the Egyptian Theatre. Attendees will enjoy couture by the most prestigious Romanian designer brands who have been featured on the LA Red Carpet.